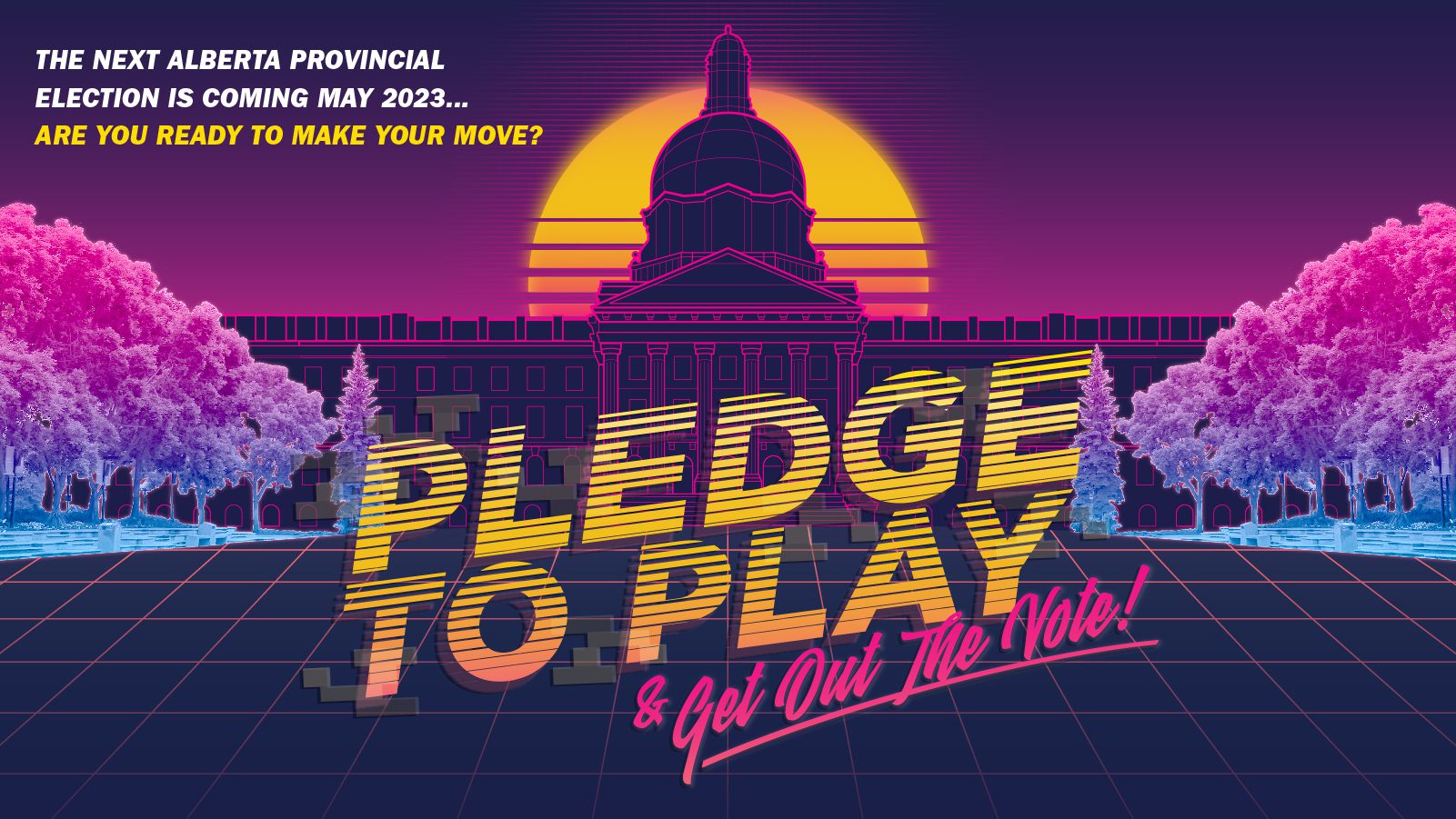 GET OUT THE VOTE PRESENTS: PLEDGE TO PLAY

Alberta’s next provincial election is coming in 2023, and we want to make sure you have the tools you need to make a move! How can you get your hands on those tools?

Here are two ways how:

Pints n Politics | Government’s Role in Improving Your Life
February 8, 4:00 – 5:00 p.m. | Towers
Alberta’s next provincial election is coming in May, and we want to make sure you have the tools you need to make a move. Hear from a range of experts on how to play the game of politics as an everyday person, and enjoy some free snacks while you’re there–don’t forget our door prize either, valued at $200 and only available to attendees! The event is open to all MacEwan students, but make sure to register to attend by February 8th, and pledge to play your part in the next provincial election.

Pints n Politics | The Systemic Barriers to Giving a S***

Join us at our Pints n’ Politics conversation to hear about the factors that make it tougher to care, and pick up some tools that make it easier to be invested in your community. We’ll have snacks, door prizes, and a grand prize draw for students in attendance, so make sure you register for the panel before March 28! By pledging to play our part and voting in the next election, we can help ensure the needs of students are heard and seen by decision-makers.

What is GOTV?
Get Out the Vote is a non-partisan campaign aimed at providing students with the information they need to cast a ballot during municipal, provincial, and federal elections. Non-partisan means we don’t care whom you vote for, we just want you to vote! During this campaign, you can expect to see lots of tabling, social media content, and volunteers around campus asking you to pledge to vote, which is done by filling out a digital form.
When you pledge to vote, you’re adding your name to a list of tens of thousands of university students across Alberta, and the more names we add, the more representation for student voices! Once you pledge, we’ll send you reminders around election time on how to vote, what you’ll need to vote, and where to vote. Our only goal is to get you to a ballot box so don’t worry, we won’t be spamming you in this process!
Alberta’s next provincial election is scheduled for May of 2023, and SAMU will be working hard on our Get Out the Vote efforts to ensure the voice of MacEwan students is well-represented at the provincial table.